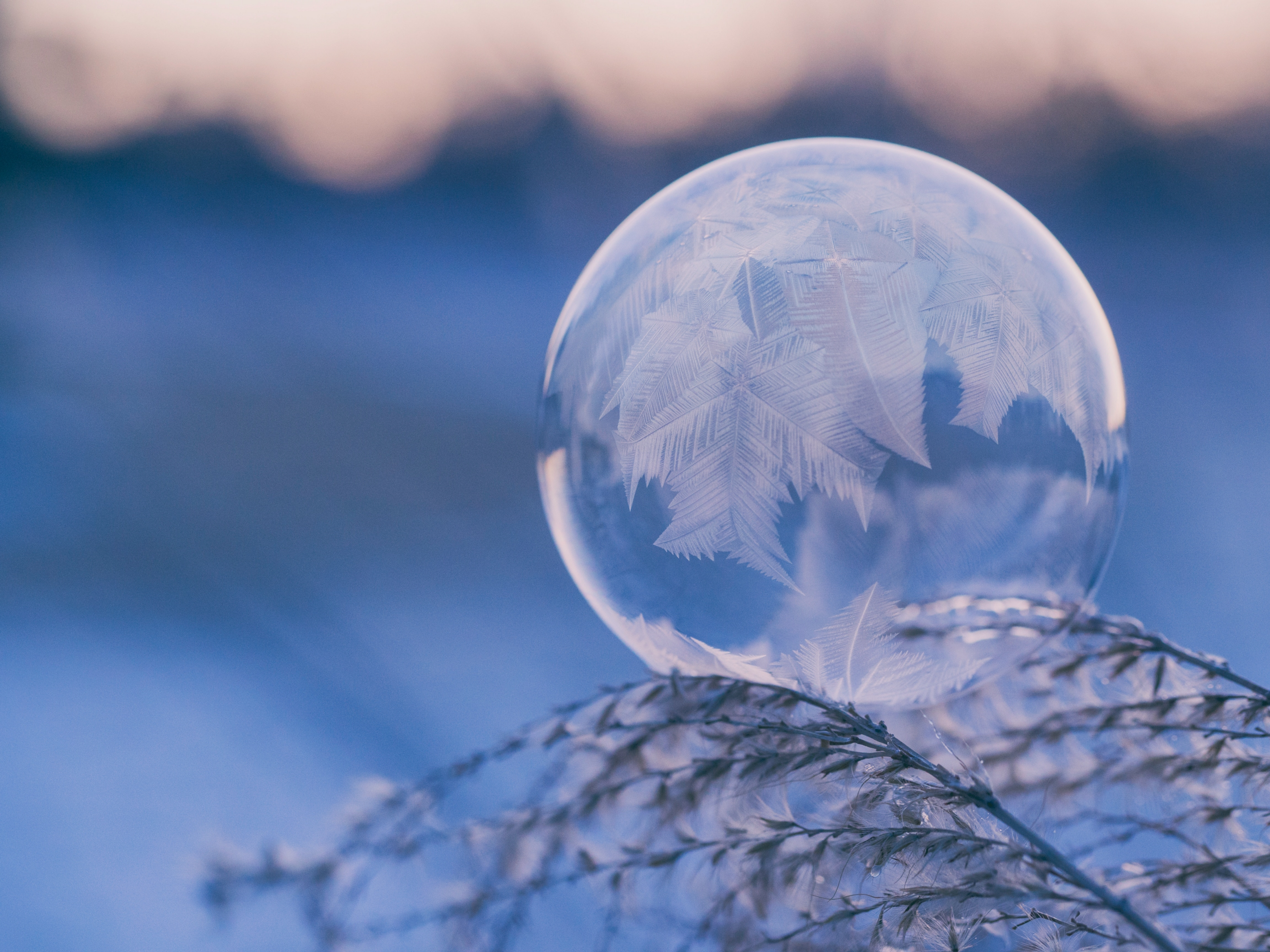 Once upon a time in a faraway land, there lived a princess. Her name was Nora.

When she was born, news spread in her kingdom that a child that radiated actual light was born. That is how she got her name, from the word Noor, which means light in Arabic. Her subjects would visit the palace from far and wide to behold the light that would emanate from her little body. People could actually see her heart light up and they instantly fell in love with her.

Alas, the princess was born to a mother who could not bear the sight of so much light. Her mother had convinced herself that the world is a dark place, and there is no room in it for light. Because things that are lit can be seen in the darkness. They attract attention, and then they are destroyed. In remaining hidden, her mother thought, there is true safety. What her mother didn’t realize is that the safety that she perceived was simply an excuse, a rationalization, for her to hide from herself. The witch that was her mother was not born, she was made. But that is another story 😀.

As princess Nora grew up, she had lots of teachers. No expense was spared for her education. She was taught by many great teachers about many great things. There was only one rule — never leave the walls of the palace, since it is a scary world outside. Keep the light protected within its walls. Everything that Nora knew was to keep her safe in her palace. Teachers were brought in to teach her. But she was never allowed to leave the palace or visit anyone outside of it.

As the years passed, Nora grew up. But something strange was happening. Every year that she would live in the palace, she grew more and more transparent. Gone were the days where people could see her glow, and see her heart light up when she smiled. As the days passed, she instead became more and more transparent, going from opaque, to translucent, to almost totally transparent. It got to the point where should couldn’t see her reflection in a brightly lit room and only in a dimly lit one.

People thought this is how it is supposed to be. That because she lets light shine thru, that she is somehow transparent and not opaque like the rest of the people in the kingdom. Having never seen anyone like her before, her teachers and the ministers of the kingdom didn’t see any issue w/ her becoming transparent.

Nora was never happy with being transparent. She would always wonder what lies beyond the walls of this palace. Life was safe within its walls. But the fact that she was become more transparent every day, to the point where she could almost not even see herself in the mirror, in a dimly lit room. She knew there was something deeply wrong with remaining in the palace. But the palace is all she had ever known and her teachers, whom she trusted, warned her of the dangers of leaving its walls.

Then one day, Nora awoke in the middle of the night. She was restless and could not return to sleep. She got up to get some water, and it was dark. She walked past the mirror that she’d put up beside her bed so that she could see herself in the mirror, and in the darkness, realized that was totally invisible. She was shocked and confused. How could this be? In the past, only in the light would she become almost fully transparent. Now in the darkness she wasn’t visible either? What gives?

Shocked by what she didn’t see (her reflection), she stumbled in the darkness to get some water that was beside the window in her room, and to her surprise, she fell right thru the wall, and landed one floor below her room, still inside the palace. So she started running. She kept running thru things. It was as if, she didn’t exist anymore. And she wasn’t only invisible to herself, but she was invisible to other things. She walked past the guards outside the main palace and of course they didn’t see her. She kept walking farther and farther away from the main palace, until she reached the main walls that held the palace within them.

She came across a dark forest that lay in the outskirts of the palace. She had no idea where she was going but she kept running. Soon she was in this enchanted forest, and she was so scared. She was dirty, she was hungry, she was panicked. It was still dark. She just kept running, running thru bushes and trees, until she felt something. She hit something! Rather she ran into something and she wasn’t transparent to it anymore. She’d hit a tree with her head, and she passed out.

The night gave way to day. Nora finally came to in the morning. She was confused and had a huge bruise on her forehead. There was no fancy mirror to in which she could see herself. But she could feel the bruise. It hurt. She’d run into something. What happened to her transparency? She was confused.

But she was getting hungry. She gathered herself, and started walking. Without knowing where she was going. The forest was thick w/ trees and vegetation. But there was enough light for her to make her way and find a path that she could take to move forwards.

Then she came upon a clearing in the forest. The vegetation had started to grow sparse, and there was more open space, and meadows. And she heard something in the distance. Something or someone. Sounded like something was snoring and rustling in the bushes. She was pensive about this movement, and she was careful to approach it. She was scared and she was curious. Was this danger? Was she going to be hurt by this strange thing?

She walked up to the source of the noise, in the bushes, and saw this cute hare that was fast asleep. It didn’t have a care in the world it seemed, being able to sleep such a deep sleep in this forest. She was intrigued. So she just waited beside the hare for hours. It was around noon time when the creature awoke from its slumber.

Nora — I am the princess that lived in the palace, but I don’t live there anymore. Do you know where I can get some water?

Hare — Wow, you’re Nora, the light princess! I thought you would look more .. clean? 😃 Seems like you’ve had a rough night, tho I suspect you’ve had a rough life before that … one that would cause such a beautiful princess to leave her palace 😄

Nora — What is your name?

Back at the palace, no one seemed to notice that she was gone. She’d been close to invisible for so long that everyone assumed that she was someplace else where they were not. So shockingly she wasn’t missed for the few days that she was in the forest just outside of the palace.

Nora had started surveying the forest and the river and the location of the palace during these days. As far as she could make out the palace was in the center, around it laid this forest, and encircling the forest was this river. Hare had never ventured past the river. It lived around the river, always encroaching it, but never going past it.

It wasn’t long that Nora grew curious about what laid past the river? What world existed beyond the knowledge of even Hare? She and Hare would talk about what might be on the other side. But Hare was happy living where was. There was enough food, lots of water, and he knew where to go and where not to. He was comfortable in the forest. It was clear to him that her curiosity grew beyond the place that he called home.

So he invited her to the farthest place he’d ever gone on the other side of the river. They went there together and it was unfamiliar ground to Hare. He stopped and looked at Nora.

Hare — I don’t know what lies beyond this point. This is the farthest that I’ve ever come. I live within the bounds of the river, that is the outline of what I know to exist. I have a feeling that this river will not contain your curiosity 😁.

Nora — Yes, I’ve lived my entire life within bounds. And I thought that I’d escaped the bounds that I know. And I have. I’m no longer in the palace. But I didn’t realize that I would find another boundary days after I’d left my whole world behind.

Hare — I am a hare 😃. I am happy living beside the river. This is my home. This is what I’ve chosen. I’m happy here. You must find your own river Nora. And I can not go with you. It is not for me to journey with you beyond this point. But you have many things to discover that lay ahead of you. You must make a choice Nora. If you choose to explore — YES, that’s good. If you choose to explore — NO, that’s good. If you chose to explore — MAYBE, then you will be lost forever. You mustn’t allow me to hold you from being who you choose to be — whoever that is. You mustn’t allow yourself to hold you back either. You have this light. I can see it. You are no longer transparent. I don’t think you realize yet that you will never find darkness, because you literally produce light from within you 😀. The question, for you is, where will you go with this light?

Nora — But I’ve just become opaque for the first time. And I like being with you. I don’t want to leave you behind.

Nora — All of my life, my teachers have given me answers. Answers to questions I never asked. And this is the first time I’ve met a teacher who asks me to ask my own questions, and then find my own answers.

Hare — Me, a teacher? I had no idea that I had all this wisdom in me, being a hare and all 😃. I do follow my instincts, so that’s kind of like my inner light. Unlike you Nora, who has a light that others can plainly see! It emanates from your heart. I don’t know much, being a hare and all, but I have a feeling that you must follow it 😀.

Nora — You are right. I know you are. This light has been here this entire time. And as I became transparent to myself even I couldn’t even see it!

Hare — So Princess Nora, where are you going next? 😃