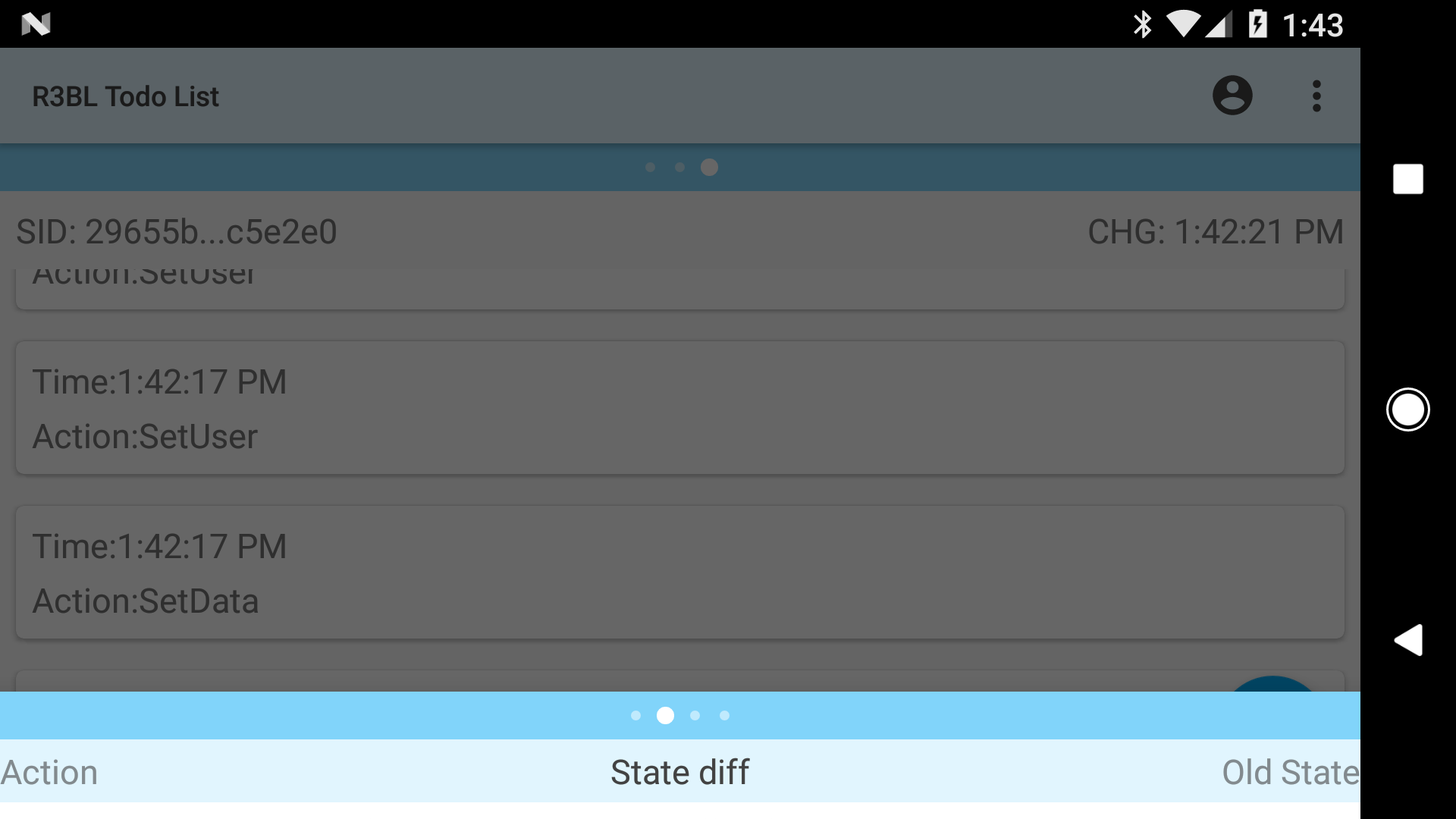 Redux is normally associated with web development. Redux is a beautiful design pattern that can help with any application, even native Android ones! This is the approach that I took to integrate the Redux pattern into native Android development, and leverage the stability and predictability of a finite state machine to native development.

Further, I used Firebase in order to do cross platform data synchronization across web and mobile clients. Firebase has the benefit of providing offline mode for web and native mobile client apps, which is incredibly powerful.

And I decided to use Firebase authentication for web, and mobile as well, which provides a consolidated way to do cross platform anonymous authentication and signed in authentication using a variety of social sign in providers (Google, Facebook, etc.)

Here’s a video of the app in action and here’s a link to the code that produced this app on GitHub. It’s a pretty sophisticated app, so please pay attention to the video and look thru the code on GitHub. You will find things like: 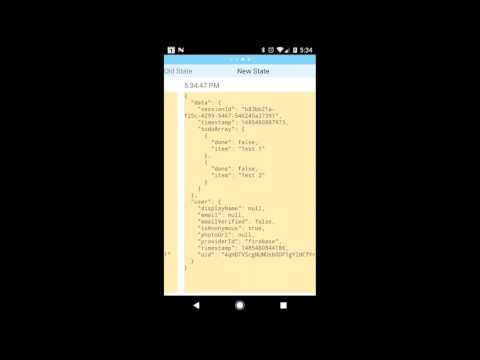 There’s a web app that works hand in hand with this mobile app. Here are some links for the web app:

This is a screenshot of the web app in action:

This is also incredibly powerful because it showcases how the ideas that are used in the Android native app are very similar to those implemented in the web app, such as:

This entire app is built using Material Components for Android. You can learn more about it here.

Please check out the ui package of the source code, and the res folder on GitHub.

For more information on how Redux is used with the native Android app and how it syncs with the web app, check out the wiki page on GitHub.

The Middleware handles the following actions:

The Reducer handles the following actions:

The Redux library I’m using for this project is the Bansa library on GitHub. You can add it to your build.gradle and get started very quickly.

Here are some links that contain some important details about this Redux Middleware and Async Actions pattern (which is used in the native Android and web app):

The way to get Redux and Firebase to work together is to use Middleware that handles some actions, and have the Reducer functions handle some other actions (instead of doing it all in the reducers). Now, regardless of whether these actions are handled by the Middleware or Reducers, they are dispatched to the Redux Store.

The Redux store contains the state of the application, which stores:

Both of these things are backed to Firebase. The following video shows what the Firebase database looks like: 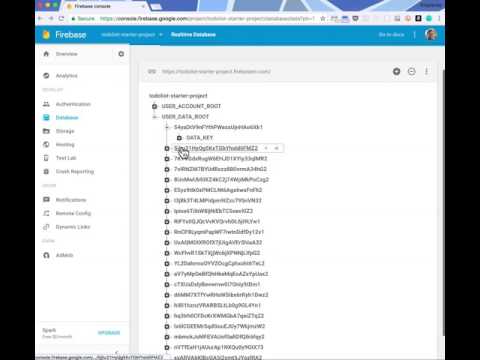 The following diagrams shows how the various actions are processed by Middleware, or Reducers, and how that interaction works with Firebase:

Actions that are processed by Redux #

The Middleware handles the following actions:

The Reducer handles the following actions:

The magic that makes the interaction between Firebase and Redux work is the following:

The todo list app has to do a few things before it can be ready for use by the user (after the user has launched the app). It has to figure out whether its using anonymous auth or signed in auth, and then perform the auth, and then get the data from Firebase, then update the UI. This can take a few seconds over a slow cellular network. So what might happen is that the app is launched by the user and it doesn’t do anything during this time. Rule of thumb is that if an app is unresponsive for 3 seconds, users think that it has died. So how can we improve on this?

Redux is a finite state machine. And the entire app’s state is represented in a single object. This makes it really straightforward to persist the entire state object as a JSON string into local storage. In fact, every time any data is saved to Firebase, it gets dumped into local storage. Here’s the code for that (in MyDB.java):

On the flip side, when the Application class (App.java) loads, it initializes the Redux store and then loads the Redux state (if there is any) and then applies it to the Redux store! And voila! The app has restored itself instantly to the previous state that it was left in, the last time it was run!

Here’s the code to actually load the data from local storage (in MyDB.java):

The beauty of using Firebase is that offline mode is handled for you out of the box. You have to accommodate the behavior of Firebase in order for this to work. In Firebase, when you update a JSON object, then the listener is fired on the node that made this change. The reason for this is to ensure that the Firebase Database can operate in offline mode. So when you write to the database, it will notify you when this write operation has completed. So you request a write - you don’t force it to happen right now. This is why you have to shift your thinking from the mindset that when you mutate a data structure in memory, then this change has occurred already (if there were no exceptions). In the realtime database world of Firebase, we request writes/deletes/changes, and when they happen, we get notified and that is when we re-act to the data model having been actually modified. This is reflected in this todo list app in the way async actions are used in the Middleware, and how some actions are handled in the Middleware and others in the Reducer.

So, if you can shift your thinking to this Firebase mindset and adopt Redux Reducers and Middleware, then yes, offline mode comes for “free”.

Anonymous auth vs signed in experience #

A lot of people get authentication wrong. The notion of SignIn, Login, and SignUp being different things is a reflection of a lack of understanding of signin flow works. I’ve had the benefit of working on the Google+ team at Google and had a thorough exposure to the underpinnings of authentication and the UX of authentication. There are 2 critical times in most mobile apps - when a user is asked to signin and when a user is asked to checkout. These are times of huge abandonments and uninstalls of an app. So please keep this in mind when designing and building your next mobile app, whether it’s in Android, or iOS, or React Native.

In our todo list app, we have no signed-out state at all! You are either signed in anonymously, or you are signed in using Google. I’m using Firebase Auth, so you can just keep adding multiple providers (like Facebook, etc). I’m just sticking with Google to keep things really straightforward on Android.

The Application object (App.java) is where most of this magic is setup to happen. There is a class called MyAuth.java which handles the logic for sign-in (Google and Anonmous) and sign-out. The way Firebase Auth works is that there is a single method onAuthStateChanged() that will determine everything. This keeps things simple. And it makes for a single point of integration with Firebase Auth. Here’s the implementation of that method in MyAuth.java:

There is one tricky thing to handle. Since the user is allowed to signin and out at will, and they might be signed into multiple Google accounts on their phone, this can lead to some interesting situations. The way this todo list app is designed right now is that any data created in anonymous auth mode will actually be saved when the user signs in (for the first time). This way, the work isn’t lost when they go from anonymous -> signed in. However, to keep things simple, I don’t do a sophisticated merge. I simply detect if the user data exists in Firebase, and if it does NOT then I copy the anonymous data to the new user account. However, if there’s pre-existing data for this user, then I delete the anonymous data. In the ‘real world’ you would want to come up with a better data migration policy than this, but this app is meant to be a teaching tool, and not a full blown production app.

Here’s the rest of the code in MyAuth.java:

You can use the Redux pattern in your native Android apps, and iOS apps as well.